Australian surfer Nikki Van Dijk is no stranger to the professional surfing scene. In 2012, Nikki won the Women’s World Junior Title before going on an absolute tear through the Qualifying Series in 2013. The local from Phillip Island then earned a place on the World Championship Tour in 2014.

She has continued to be a strong force in women’s surfing and has been a pleasure to watch over the years. 2016 was a season of growing up and reflection for Nikki, who is now busting to get started on the 2017 World Tour.

After a well-deserved break, how do you look back on your 2016 season?
I will never say that I’m not happy with the year I had even if it could have been better. I had heaps of fun, even if the results were not as good as I would have expected. I felt like I was surfing really well and was so close to getting amazing results. I was knocked out in a few really tight heats, some of those are still my proudest. In 2016 I really grew up a lot, both as a person and as a surfer, just following my own little journey and enjoying it. So now I’m just looking forward to the start of the season as I’m feeling very good.

Were you disappointed to miss out on the WQS title? You were in the lead heading into the final 6000 event in Cronulla… Or was it enough to keep your spot safe on the World Tour?
It was kind of a funny year as I was competing both on the QS and the CT. Sometimes you feel it’s hard to do both jobs at once and even more because the QS surfing is a lot different to the CT. When I was winning the QS, I felt really comfortable and I really worked on my QS season as I was feeling good. I missed a couple of events though and I was definitely bummed. But anyway I wanted to qualify through the CT. That’s my goal every year and not have to back up on the QS. But this things happen and today I’m stoked to be on the World Tour again this year.

“Winning a world title is a huge dream that has always been in the back of my mind.”

So will you still compete on both tours in 2017?
I’ll definitely compete also on the QS, at least at the beginning of the season. I just had so many heats last year that I felt I should have won, I was so close… I will start with the QS in Australia and will get the first few events down and see just how it goes on the World Tour and take it from there…

What are your goals for the future?
This season, it will be to end in the Top 5 on the World Tour. But my ultimate goal is to win a world title. It’s a huge dream that has always been in the back of my mind. That’s my ultimate ultimate goal. I would also love to be part of the Olympics in Tokyo and the Australian team. I went to Japan for the first time last year and it was such an amazing trip. I’d love to go back, especially for that event.

In the future, the Olympics could happen in a wave pool. Have you ever tried one?
I surfed in one in the Spanish Basque Country. It felt so weird, being on a wave surrounded by trees… But to me it’s such a unique way of surfing and I think it’s going to change a lot of things and that includes the surfboards. It’s incredibly exciting and I can’t wait to see what we get out of it. I also hope I’ll get to try Kelly’s pool soon.

How did you prepare your 2017 campaign?
It’s been hectic and I’ve enjoyed the break. I came back home from Hawaii around Christmas time. My family and friends were all on holiday as well so I got to spend heaps of time with them on the Island and just chill out. I then went back to training around mid-January to get ready for this new season.

“People often ask me how I work but surfing is such an individual sport, kind of like an art, that the way you train appears to be very personal.”

What does your training usually look like?
This year I went up to the Gold Coast to do a bit of surf training with some technical and heat work. It’s a funny little thing, surf training… People often ask me how I work but surfing is such an individual sport, kind of like an art, that the way you train appears to be very personal. In the surf, you draw your own wave and everyone has his/her way to do so. But I have some routines. When I’m at home (in Phillip Island) I usually surf 2 to 3 times a day depending on the waves. And when I’m away competing, I always surf in the morning before the contest call. Then I’ll either surf a heat or two and then go home and chill a little bit. And when I get to spend time with my coach, I do all the technical work and video analysis.

What about training outside of the water?
I do heaps of yoga, I run quite a lot and I go to the gym. I have a partnership with the Institute of Sport in Melbourne so I get to see physiotherapists, chiropractors, etc. They have a program tailored for me. But recently, I really found a new love for yoga and practised a lot. It makes me feel amazing!

When did you start practising?
I started yoga a few years ago but at the end of last year I kind of really get into it. Over this summer I’ve been really involved with it and I can’t believe how much it has brought me. It’s like what all yogis say, it changes your life… I do 100% agree with that and I’m definitely a new yogi!

“I think diet is a funny word, but you definitely need to be putting the right food into your body.”

Do you also follow a diet?
I think diet is a funny word. You definitely need to be putting the right food into your body. I’m vegan so I don’t eat any animal product, any meat… I’ve kind of always eaten really well and I feel my body is like a car and I need to fill it with decent petrol to make it work. I follow that principle and eat a lot of nutritious food.

Does all that leave time to go on surf trips?
We always have a Search trip but coming home is also very important for me. I need that balance as we are away about 10 or 11 months in a year. I like to just hunt waves not far from home as we travel so much… Even if we get to surf some incredible waves, on tour or on trips, there’s nothing like a good session on your home break with your mates. 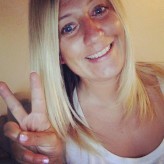 Tyler Wright’s Emotional Journey to the Top on ABC