People
6 days ago
by Lauren Horky
0

Chloe Calmon is only 26, but she’s already a “veteran” on the WSL World Longboard Tour. At the Surf Ranch in Leemore end of September, she will kick off her 12th season as a pro surfer.

After a forced break in her competitive career due to Covid-19, the Brazilian longboarder reevaluated and shifted her priorities. But one thing remains: she’s still in the race for that elusive world title that has always escaped her.

First of all, what have you been up to in the past year and a half since Covid-19 hit?

I was in Australia last year when it all started, and it felt so crazy. I remember my mom calling to tell me to come home earlier because things were starting to get tricky. So I flew home in a hurry. Two days later, the international borders were closed, and I would not have been able to come back.

Once home, it hit me. I wondered what to do with my life since I could not compete, travel or even surf. And I didn’t for three months. It was a challenging year for everyone, but it made me appreciate what matters. I was lucky to be home with my family, and we were all healthy. So that was the most important thing and my priority number one.

When I got back into surfing, it was like falling in love with it all over again. I remembered how to surf just for fun and not obsess over performance or training for contests. It was a special feeling I hadn’t felt in a long time. So since then, I have been surfing with different boards and trying a new approach to my surfing. I’ve also had the opportunity to learn more about my own country, travel to new places. I always loved being from Brazil, but now I cherish it even more.

You also managed to work on new projects?

With travels and competitions on hold for so long, I took the time to concentrate on other areas of my life that hadn’t been my priorities up till then. I have been focusing on college (Chloe is studying Business and Management) and learning how to speak French. Aside from that, I finalised and launched my new project, the Chloe Calmon Longboard Surf Camp. It took a lot of work and time, but I was really happy with the outcome of the first edition. So I am already looking forward to the next ones. Let’s travel back in time. How did you get into surfing, and why longboarding?

My dad taught me how to surf. He would take me out on his board from the time I was a baby. My first board was a 6’0 funboard at 10, and two years later, I tried my dad’s longboard on a small day. It’s crazy because I can still remember that it was love at the first wave. It was funny because all the other kids in my school were surfing shortboards. Because I was a longboarder, no one would go surf with me. They thought longboarding was boring and only for beginners and old people.

I always found it fascinating that a 12-year-old girl, who would struggle to carry her 9ft longboard on the beach, could make it look so easy to control in the surf and use the whole length of it. I would watch people walking up and down to the nose, and I was in awe of how fun it looked, like dancing on water. After that, I never thought about getting on a shortboard again. I was enjoying my longboard and wouldn’t have traded it to look cooler or be accepted. In the longboard community, people of all ages and levels welcomed me, and it was pretty cool.

Who were the surfers that inspired you growing up?

My dad, without a doubt, was my biggest inspiration growing up. Hearing about his surf adventures around Brazil and the world seemed so cool. Then, I remember a family friend giving me a box full of longboard movies from the ’90s and ’00s for my birthday. That was my first introduction to the longboard culture around the world: Australia, California, Hawaii, Europe… I got psyched on that, and I’d come home from school and watch it over and over again. People like CJ Nelson, Joel Tudor, Taylor Jensen, Kassia Meador, Carla Zamora, Belinda Baggs have always inspired me.

Even if it wasn’t that long ago, was it unusual for a girl to be surfing?

There were indeed not many girls surfing when I started, but I never saw it as an obstacle because I always had the support of my dad. I guess that at that time, surfing was still known as a male-dominant sport. But I am happy to see that it has changed over the years, and there are many more girls in the lineup these days.

“There always was a lack of opportunity and space for female surfing in Brazil. We always had a smaller number of athletes, events, prize money, media coverage…”

What were the main challenges you faced in the surf, and do these challenges remain today?

Not so long ago, when you would tell someone that you were a professional surfer, people would not take you seriously. It would be judged as a cool way of living, but not a real job or even something that would make you a true athlete. Recently though, surfing has become more and more professional. It is such a popular sport now, with fans worldwide and of all ages, that the “beach lifestyle” even influences people who live very far from the beach.

For a long time, Silvana Lima was the only famous Brazilian women surfer. But, today, we are finally starting to see more girls emerge from Brazil, especially with the younger generation that is super talented. Why do you think it took so long, knowing the guys have been numerous on the QS for the past 20 years, and the “Brazilian Storm” has been dominating the world stage since Medina’s world title in 2014?

I guess there was always a lack of opportunity and space for female surfing in Brazil. We always had a smaller number of athletes, events, prize money, media coverage… But the mindset of this new generation is really making things shift. Instead of waiting for recognition and equal rights, they go out there and make people know about them. And it’s not only shortboarders, but also longboarders, stand up paddlers, big wave surfers. So I guess the “Brazilian fire” is now coming into play. Surely you have also contributed to inspire this younger generation…

I guess my career so far has played a role in developing women’s longboarding in Brazil. When I started, there were very few girls and no age divisions. So at 12, I would often compete against guys who were surfing before I was even born. I never saw it as limiting, though, quite the opposite. I always looked at it as a way to push myself to do better. Then, other younger girls started showing up after me, and today we have a national longboard tour with the same stops and prize money as men and many girls in their 20s. I’m happy to think that maybe thanks to me, some people look at longboarding as a cool thing for everyone. It’s hard for me to visualise this impact, but the feedback I get from people is incredible. I get so much support and beautiful words from girls of all generations that it makes me think I am on the right path.

Is longboarding very popular in Brazil, and in what areas specifically?

It has become so popular these past few years. I was lucky to grow up by one of the most renowned longboard spots in Brazil, Macumba Beach, the home of the longboarding community in Rio de Janeiro. Outside of Rio, there are some very traditional longboard spots like Santos in São Paulo, Pipa in Rio Grande do Norte and Jericoacoara in Ceará.

“Winning a world title is my biggest personal goal, but the past years have taught me that I can also inspire people when not wearing a jersey.”

You’re now almost a “veteran” on the Longboard Tour and have finished runner-up a few times. Are you still chasing a world title?

It still is my goal for sure. All these years, I’ve been, and I’m still learning so much about my surfing and myself. It’s been tough to come close to the title a few times without winning it, but all those experiences have made me a stronger competitor. I feel that when my time comes, I will know what to do. For a long time, it was also challenging for me to separate my results from my worth as a person or my legacy. Winning a world title is my biggest personal goal, but the past years have taught me that I can also inspire people when not wearing a jersey.

Have you always been super competitive?

Yes, since I can remember! Sometimes it’s hard because I am a perfectionist, and I always want to do things 100%. So when I put my mind to something, I won’t stop until I get it.

Nevertheless, it clearly appears that the pandemic and everything in the past 18 months changed both your mindset and goals…

For sure, but who didn’t it happen to? I think it made me appreciate my life a lot more, in harmony with nature. Being in lockdown at home and away from the beach was a really hard time. It was also my first break from contests since I joined the World Tour in 2010. So it’s been nice to look at my career from another perspective and see how I can make an impact daily.

There’s finally going to be a WSL World Longboard Tour in 2021, with two stops at the Surf Ranch end of September and Malibu in October. So what are your plans?

I am super excited to be back on tour and start travelling again. It’s been my dream to surf at the wave pool, and Malibu holds a special place in my heart. I just can’t wait to catch up with everyone and put my new, fresh take on surfing into practice. 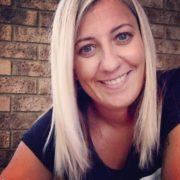 Sierra Kerr: "I Want To Win World Titles, but I'm Not in Any Hurry"